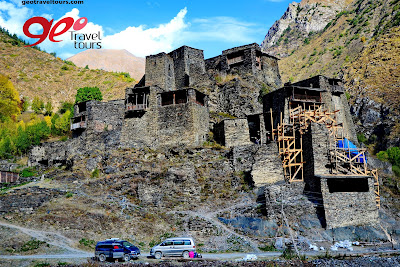 History of Georgia takes a root from period of the Stone Age. This area was inhabited since the ancient times and got through the many stages of development until it became exquisite and active part of tourism industry. The uniqueness of Georgia is revealed in its Geographical placement – it is located at a crossroads of Europe and Asia. Due to an acquisition of these two cultures, tourists visiting Georgia have an opportunity to enjoy its diverse nature and amazing, inexhaustible resources. 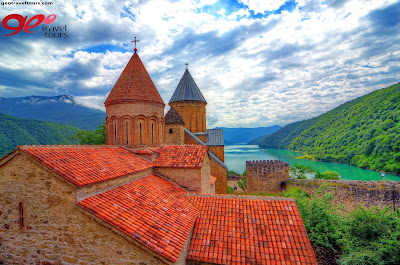 Despite of a small size of country climate in Georgia is extremely diverse. The highest point is Shkhara – at an altitude of 5.068 m. The lowest point is areas near the Paliastomi lake minus 2 meters from the sea level.
The majority of the population of Georgia (83.9%) is Orthodox Christians.
Georgia, as the best destination for tourism, has much to offer for travelers. Breathtaking nature, diverse landscape, The Caucasus mountain range, subtropical zone of the black sea, rivers and waterfalls, cave towns, resorts and mineral springs, historical monuments, cities and settlements, Georgian Traditional hospitality and renowned Georgian cuisine. This is a short list of Georgian wonders, which forms an ideal place for tourists to explore. 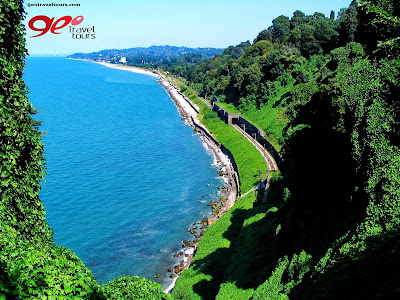 Georgia with its natural resources can compete such countries as France, China, Spain, Italy.
Here, in Georgia due to its incredibly diverse nature tourists have the opportunity to get the enormous variety of tours, such as eco-tour, photo tour, recreational tour, extreme tour, hiking tour, mountain biking tour, cultural tours and much more.