The Art Of Making Culture From Georgians 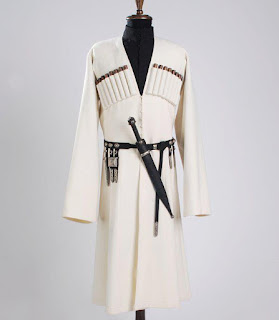 Clothing is one of the main part of the national culture, which is composed of the national character, lifestyle and geographic basis. At the same time, in the formation of the type and style of clothing the economic and social situation plays a big role. This is why this or that form of clothing is tipical to only one nation.
As most of the cultures, Georgians feel pride for their national clothing and believe that it is a magnificent cultural heritage which they inherited from their predecessors.
History of Georgian clothing takes a deep root from the ancient times. Georgian national clothes had been being created through the centuries, experienced some serious changes and nowadays it is one of the main things we are proud of. 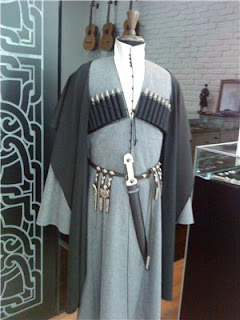 Georgian national cloth for man is called Chokha. It’s been widely used among Georgians since the IX century. There are Four types of Chokha: Kartl-Kakheti chokha (Kartli and Kakheti are eastern Georgian provinces), Khevsur Chokha (mainly in Mtskheta-mtianeti province of Georgia), Adjarian chokha (mainly found in western Georgia provinces such as Adjara and Guria) and General Caucasian chokha which most likely to Kartl-Kakheti chokha and is little longer version of it.

The chokha outfit includes a sword, the akhalukhi (a shirt worn underneath the chokha), the masrebi (the bullets), and the kabalakhi (a hood, separate from the robe) or nabdis kudi (a tall fur hat). 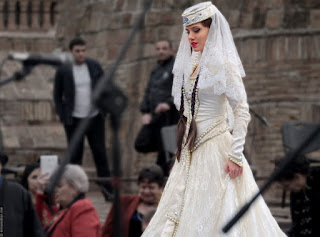 Nowadays Georgian National costumes are commonly worn by the Georgians as symbol of their proud past and resistance to occupation. At the same time Georgian National dancers use those costumes as a part of performance.
These are the main characteristics of Georgian National garment and it’s a full package of different decorations, hairstyles and rules of headwearings. 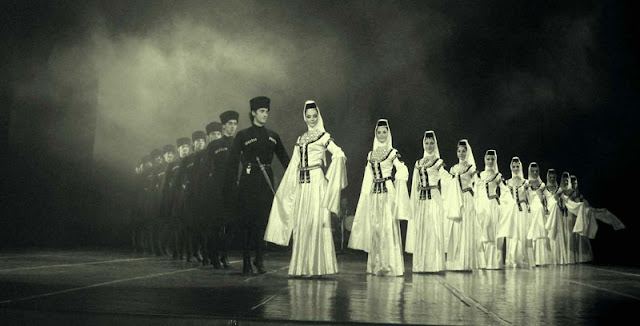 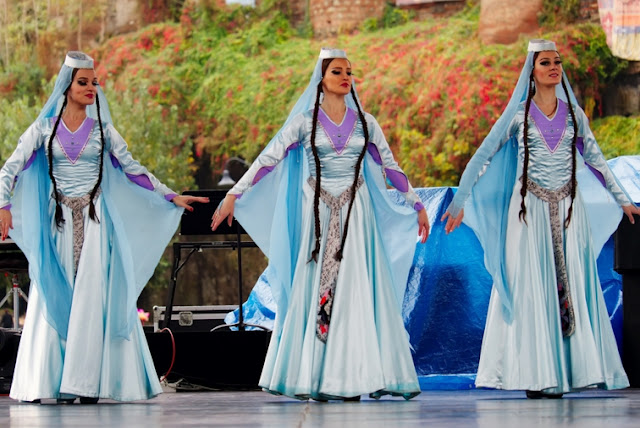 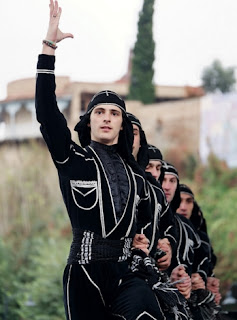 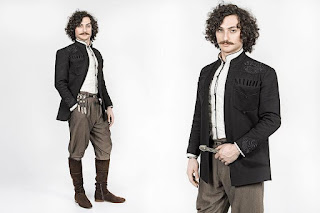 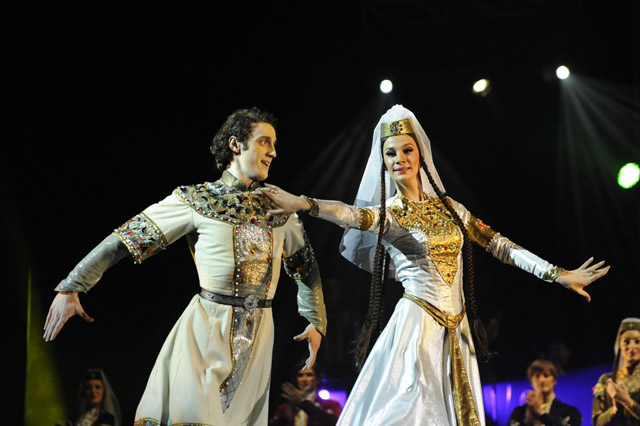 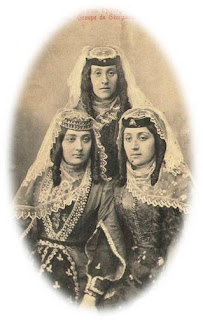 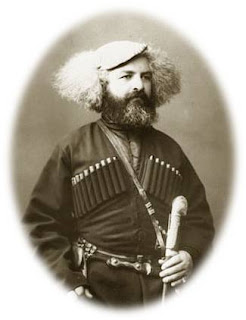